Middleware is a crazy popular mechanism in coding these days. Laravel has implemented it for its router, giving you the possibility to run actions on a request before and after it is executed. Likewise the web application framework for Node Express.js has also a middleware implementation with middleware libraries for different things for example serving static files, log requests etc.

How middleware is implemented in Laravel

Whenever a request is made to a Laravel application it is run through a pipeline of middleware. A demonstration is in order. Queue my amazing Photoshop skills. 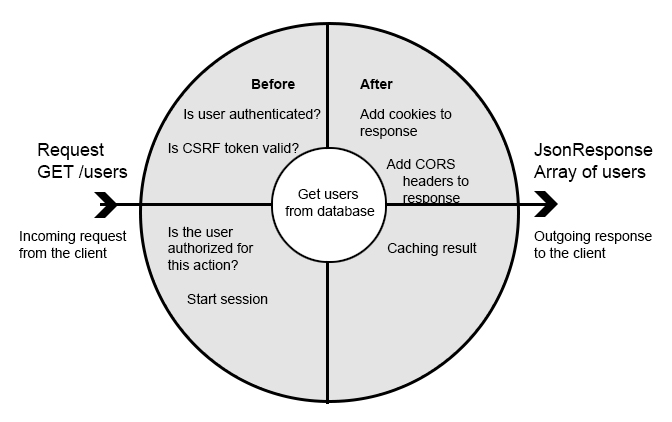 Imagine you are making a request GET /users to an API. The actual action of GETting users from the database is displayed as the white circle in the middle. But before this can happen we want to run some middleware. As pictured there are two types of middleware: (1) before and (2) after. Before middleware is run against the request before the execution of the actual action it requests (duh). Examples of this could be checking if the user is authenticated and authorized, if the CSRF token sent with the request is valid etc.

Once the before middleware has run, it is time for the actual action. We get an array of users from the database to send back to the client. But before the response reaches the client we want to do some post-action work on it. This is after middleware. Examples could be adding CORS headers, adding cookies, or caching the result. If we implemented caching after middleware, we could then implement some before middleware to check for a cached version of the resource before actually getting it from database.

So it is a router thing?

Not at all! The concept is really versatile if you think about it, and it can be implemented in many different scenarios.

Use case: an uploader

At Traede we are currently implementing middleware in our uploader functionality. Our users upload many product pictures, user profile pictures etc. All these we store in our CDN hosted by Cloudinary. But before we actually upload the picture to Cloudinary we do some quick work, and after the image has been uploaded we do some clean up.

This is how our uploader looks in Traede. The user drops a file in the drop area and it displays a small box with a thumbnail and the status of the image. The thumbnail is created using thumbnail middleware. Our middleware pipeline runs like this 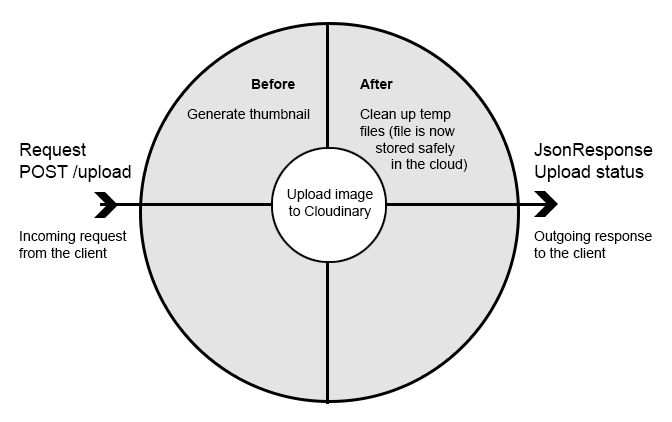 There are probably many more middleware classes to be implemented in our uploader. But, for now, these are the ones we use. This was just a simple demonstration of how epic middleware can obviously be.

So, how do you actually implement a general middleware solution? Introducing: Onion. A small standalone library, with a clever name might I add, that will give you the power to implement middleware in any situation.

Some terminology of the Middleware Onion 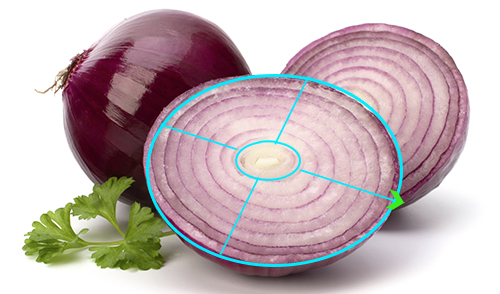 The below example has two different middleware layers: a before and an after. The object we pass through our pipeline is a simple object with an array. Each actor that interacts with the object will log itself in the array.

The result of this will be

The function $next we pass to all layers is the function that will pass the object down through our pipeline. All actions that are run before $next in a layer class will be run before the core function, and is therefore before middelware. Likewise, whatever is done after $next is next middleware. Take a look at the layers we previously used in our example.

And that’s a wrap

That is it for now folks. Go to Onion's github repo to get started middlewaring your world. Have fun!